Carrie Cuinn: I wish I had an office.

CC: I write anywhere I can – on the train, on my couch, sitting up in bed after my son’s fallen asleep, anywhere. If I have my laptop, then that’s my office. I do have a few notebooks that I carry around for when I have ideas but don’t have the time or tech to get them typed up. For the most part once I’ve written it down I don’t forget it, so I don’t need to keep them out when I’m actually writing.

GFG: Was there anything in particular that inspired “All the Right Words”?

CC: When I write emotional scenes, it wouldn’t feel authentic to the reader if I hadn’t been hurt, for example, or left behind by someone I loved. I have to know what I’m talking about. But a piece of fiction is still something that writers make up. I started with the idea of a lonely man staring out at a planet full of dust, just that one image, and wrote (and revised) until I had a story that made sense.

GFG: Frank is a rather selfish character yet he’s still compelling. What do you think it is about him that makes the reader want to stick with him (though not necessarily root for him)?

CC: I think the reader knows more about Frank than he knows about himself. Frank worked hard to get to where he is, but has steal moments of joy when no one else is looking. He has objects and friends that belong to his wife, not him. It makes sense that he thinks no one else cares about what he needs; that it’s him against the world. I don’t think he intended to be selfish, though of course, he acted that way. It’s more that it didn’t even occur to him that his lover would take his side if she knew the truth. As readers, looking at it from the outside, it’s obvious that she loved him more than he realized. Because he’s affected by his actions, we can feel sympathy for him. Ultimately, though, he decided to cast off the one person who loved him in order to hold on to money and friends and status, and that’s hard to read that as anything but selfish.
I’d like to think that Frank realizes what he could have had, and goes after her before it’s too late, but I didn’t write that part of the story, so I don’t know for sure.

CC: In the little bit of spare time that I have, I work on growing my small press, Dagan Books. Check us out at 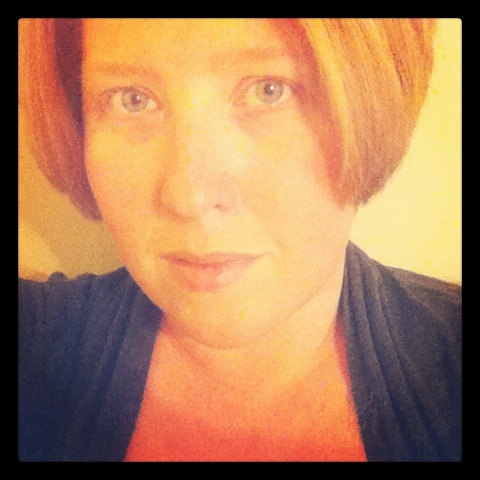 All The Right Words

His wife shouted again as she pushed an antique vase from its perch on the curio cabinet, turning to leave before it shattered against the slate floor. Tiny shards of tin-glazed porcelain, blue and white, bounced up and then drifted…

The further apart we are, the closer I feel. The Goliath will be nearing its maximum velocity, and you’ll give the order to reverse the engines and begin the twenty-day deceleration…