Ken Liu: In my dreams, the process involves me working at a well-lit GIANT desk — I want a desk so large that I can spread all my books and maps and reference materials on it — and the words flow out of my head onto the screen in an uninterrupted stream for eight hours a day. Oh, and the words are so good that I never have to revise.

KL: There’s a laptop on a standing desk made out of some crates and a plank, which my wife thinks is the ugliest thing in the world. I write when the children aren’t crying and when the chores are done, and I’d be lucky if I can get in an hour on a good day.
I write down some words that I think sound pretty good. And when I revisit them a few days later they sound like monkeys screeching. I draft a scene that I think is pretty cool. And then re-reading it a few days later I realize that it reads like a four-year-old telling a story. I have to go in there and rewrite every sentence.
In other words, I write pretty much like everyone else.

GFG: Was there anything in particular that inspired “The Illusionist”?

KL: Beowulf is the obvious inspiration. I wanted to tell a story about how such a monster can be defeated not by strength of arms but by illusions. Of course, as is typical with me, the real story ended up being about something entirely different.

GFG: At the beginning of the story, Élise is fearful at the prospect of fighting a monster with illusions yet by the end, she creates the greatest illusion of all. Do you think the Master’s pride in her accomplishment is reduced only by his sadness at losing the “greatest illusionist” title? Or does her choice of illusion sadden him as well?

KL: Definitely the latter. The story, like many of my recent stories, centers on the theme of parenthood and the illusions that children hold about their parents. These illusions sometimes compel us, even as adults, to race towards dreams even when we know only cliffs are at the end.

KL: If you like my work, please consider purchasing a copy of Panverse Three, an anthology of novellas from Panverse Publishing. It contains my novella, “The Man Who Ended History: A Documentary,” which has been nominated for a Nebula and a Hugo. www.panversepublishing.com 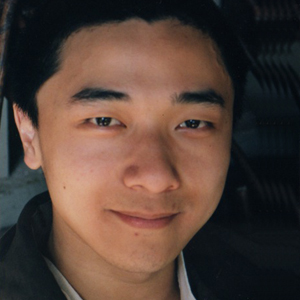 Ken Liu is an author and translator of speculative fiction, as well as a lawyer and programmer. His fiction has appeared in The Magazine of Fantasy & Science Fiction, Asimov’s, Analog, Clarkesworld, Lightspeed, and Strange Horizons, among other places. He lives with his family near Boston, Massachusetts.

I test the heft of the small leather purse: light, much lighter than my hope.
“This is all the gold dust left in Four Willows,” Elder Anselm says. “We’ve already hired a party of knights, a trio of wizards, even a band of monks. None could rid us of the grendel. Please, you’re our last hope.”…

Strand in the Web

By the time Sandoval caught up with the poachers, the slaughter was nearly over. As he approached under cover of an Andrussan feather fern, two poachers wielding mono-wire saws finished cutting off the last of the aerodon’s nine, man-sized tusks…