The day after he left me, I walked over the hills and lost myself along the unmapped paths, carrying my pain like a burden on my back.

When the sun rose high and my shadow was small at my feet, I found a stone wall alongside the track. Unable to see over, I followed it until I reached a gate: wrought iron twisted into the shape of flowers and leaves. I pressed my face to the cold blooms and peered within. Beyond it, I saw a garden with green lawns, bright beds of flowers and soft leafed trees.

It looked like heaven and I longed to enter, as though I could find peace within its walls.

I pushed against the unmoving gates and ran my fingers down, searching for a bolt or a bar and finding nothing. In my frustration, I rattled them upon their hinges so that they clattered and rang.

The voice took me by surprise and I raised my head. A man stared at me through the gates, his head to the side, thoughtful and considering.

I stepped back, realising that there must be a house somewhere behind the trees and that I stood outside someone’s home. “You have a beautiful garden,” I said, by way of apology and he nodded, as though the praise was his by right.

“Would you like to see it?” He touched the gate and set it swinging open, although I was unable to see how, as no bolt had been pulled, nor bar lifted.

Inside it was warm and still, as though the high walls stopped the breeze and caught the sun. Somewhere out of sight, a fountain played, but there were no birds in the trees and apart from the sound of the water, it was strangely silent.

The man led me across the lawn and along grassy paths that wound between the flowerbeds. The scent of roses hung heavy on the air, and their buds and blooms were dark, like blood against the green.

In the centre of the garden, a great oak spread its branches, its trunk encircled by a rustic bench.

“It’s beautiful.” I sat on the bench and sighed as the leaves rustled above me. “This is your garden?”

He caressed the tree with a sun-browned hand. “I like to think of it as my collection. But yes, I suppose you could say that it was mine.”

The dappled sun poured through the canopy as he sat down beside me. “Tell me about yourself.”

There must have been something kind in the crinkling lines around his eyes, or something soft and dreamy in the air, because I found myself doing as he asked.

The chattering fountain echoed my words as I told him of the small sorrows of my youth. The tears I shed for the dog that died, the boys who hurt me, the friends who betrayed me.

As I spoke, the rosebuds broke into flower, blooming blood-red.

“Tell me,” he commanded and took my hand, tracing the lines of life and love upon my palm. I told him of those I had lost and those I had thrown away, the hopes that were dashed and the dreams that had died. I told him of the waning of my youth and the sorrow of my heart, the children I had never borne. I told him of my loneliness and he touched my tears with his fingertips and tasted their salty sting.

When I was done, when all the words had poured from me and I was empty, the sky had reddened above the wall and the shadows were long upon the earth. “I should go,” I said, even though I wished to stay. “I’ve talked too long.”

“You’ve talked as long as you needed.” He kissed my hand. “Rest here. There’s a bed prepared. Set your cares aside and sleep.”

As he spoke, my eyes grew heavy and I allowed him to lift me, hollow in his arms. He carried me to a place amongst the roses and tucked me down into the earth, his hard hands smoothing the soil across me. Before he closed my eyes, I took one last look at the flowers, black in the evening light.

“Do you collect roses?” I asked, my words heavy with sleep.

“No,” he replied. “I collect pain.” Then he kissed me and planted a sapling upon my heart. 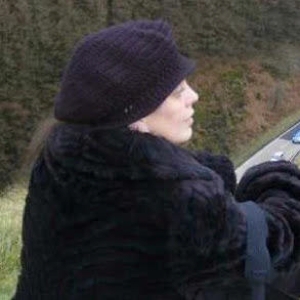 The day after he left me, I walked over the hills and lost myself along the unmapped paths, carrying my pain like a burden on my back…

“I just don’t know.” Genny sipped at a glass of Argentinian merlot – spicy with a hint of fruit. “I’ve tried everything.”
Mandy wiped a stray drop of water off the tabletop…