Aidan Doyle: I usually sketch out the basic outline of a story in point form on paper. Then I’ll do iterative sweeps of the story in a word processor, expanding it and filling out the description on each pass through.

AD: I have found the Pomodoro Technique (a time management method of dividing your work time into 25 minute units) to be particularly helpful.

GFG: Was there anything in particular that inspired “The Executioner’s Hat”?

AD: I read a book called Criminal Justice Through the Ages, which is published by the Medieval Crime Museum in Rothenburg, Germany. It detailed some of the unusual laws in Saxony, including that an executioner had the right to spare a victim if he married her, and if a person threw their hat into a church, it was considered as though they had made it into the church to claim sanctuary.

GFG: What is it about the executioner that ultimately makes him succumb to the woman’s magic? Do you think this could have happened to anyone or was it a fate that only belonged to him?

AD: Ulrich’s loneliness is what draws him to Ingrid, but it is his stubbornness and refusal to quit that seals his fate.

AD: I have a young adult fantasy novel set in alternate world feudal Japan with dragons currently out on submission. 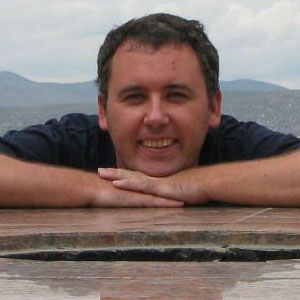 Aidan Doyle is an Australian writer and computer programmer. He has visited more than 70 countries and his experiences include teaching English in Japan, interviewing ninjas in Bolivia and going ten-pin bowling in North Korea. His stories have been published in Lightspeed, Strange Horizons and Weird Tales. aidandoyle.net

Ulrich lived by himself in a small cottage outside Talenburg’s walls. He almost never received visitors, so he was surprised when someone knocked on his front door just before dusk…

Sometimes she is there, sometimes not. It all depends on which way the wind is blowing and the mood of the storms as they brew beyond the world’s borders.
It looks like an ordinary market…