Sara Puls: The process would look very calm and composed. You would see me stretched out on my couch, clicking away at the keyboard, hopefully with my cat lounging near my feet. And I would have water and lots of coffee nearby. Or, if you snuck your peek during a moment of inspiration, you’d see me make a quick note on my iPhone, then go back to whatever else I had been doing. I like to let ideas simmer.

SP: Well, I wrote my first fiction story late last June when I should have been studying for the bar exam. So, being relatively new at this, the process mainly involves a lot of self-doubt and indecision and wanting to throw away every draft because it is all terrible (though I bet that won’t ever change). I guess what I’m trying to say is that if you looked inside my head, things would be a lot more hectic and crazy than they appear from the outside.

GFG: Was there anything in particular that inspired “They Don’t Have to Cry”?

SP: The inspiration came, very loosely, from the emotions I watched someone close to me experience during a tough time.

GFG: The mother’s grief in this story is palpable. How she goes about trying to remake her little boy, heartbreaking. At the end of the story, she watches him leave in pursuit of becoming a robot but what’s to stop her from trying again? Do you think she will come to terms with what has happened or is she destined to continue to make (and remake) her child?

SP: I think she will be very tempted to remake her son again. It will be something she struggles with for the rest of her life. Because what mother could just give up, right? But in the end, when it comes down to it, when she has to decide whether to pick up her “tools” again or not, I don’t think she will. I think she has learned that she her son just isn’t meant for this world, that he deserves better. And for him, she wants the best.
But hey, that’s just my guess! I don’t think it’s entirely clear how she’ll proceed from here.

SP: I’m in the beginning stages of putting together a new online science fiction and fantasy magazine with my good friend Mary Futcher. The working title is scigentasy: gender stories in science fiction and fantasy. We plan to offer token payment for stories, non-fiction, and artwork (and hopefully increase rates later on). Until the website goes live, you can follow my personal Twitter account for updates. My handle is @sarapuls. 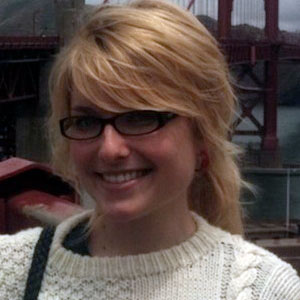 Sara Puls is a Wisconsinite who lives in South Texas. By day, she is a migrant farmworker attorney for a non-profit law firm. By night, she reads and writes as much as she can. She’s also a slush reader for Interstellar Fiction. Her work has appeared in, or is forthcoming from, Kazka Press, Liquid Imagination, Misfit Quarterly, Scout & Engineer, and elsewhere.

They Don’t Have to Cry

With multicolored scraps of paper, the woman slowly pieced back together the son she’d lost nearly a year before. She labored over him for weeks and weeks, making sure each inch was just so. Every line of glue had to be perfectly straight and impeccably thin…

If I could turn around, I would, but the executable has been part of my programming longer than any of my memories. ascent_dive.exe, they named it. My synthetic amygdala continues to hack as I climb…