M. Bennardo: I’m the kind of writer who always has first drafts of half a dozen different stories in various stages of completion. (I read books the same way — there are always several on my nightstand.) Some of the stories proceed quickly and calmly from the first word to the last, and some of them hit snags that cause me to throw them aside for months at a time.

So if you were to watch me write, you might see me peck at a difficult story on Monday, then peck at a different one of Tuesday, then spend Wednesday and Thursday quickly banging out a completely unrelated story, then start rewriting Monday’s story from scratch on Friday.

MB: In the case of “Arcana of All Ages”, it wasn’t easy. For some reason, I couldn’t get anything to work. While writing the first draft, months passed when I couldn’t rouse myself to finish the last thousand words. I’m sure I must have finished a dozen other stories between the time I started work on this one and the time I actually finished a draft I liked. Thank goodness they aren’t all like this one.

GFG: Was there anything in particular that inspired “Arcana of All Ages”?

MB: Many of the inspirations are named in the story itself. They are books written by enthusiastic amateurs, the products of a great deal of research and effort, but (for the most part) less than scientific in their treatment of their topic.

Culpeper’s Complete Herbal is an exhaustive practical field guide of European herbs and flowers, in which careful and accurate descriptions are mingled with a detailed system of treating illnesses based on astrology. Burton’s Anatomy of Melancholy is (among many other things) a medical handbook for the diagnosis and treatment for imbalances in the humors. Monmouth’s Historia Regum Brittania is a serious history of the kings of England that attempts to reconcile myth with reality.

These kinds of books are fascinating to me. Reading them, the obsession of their authors is obvious. Often, they were convinced they were correct — that they had at last discovered some great truth through observation or deduction or research. And often they were partly right, but they were also unable to see that their truth was still incomplete.

GFG: The notion of taking a shortcut for learning feels relevant to this modern age. The “taking in” of the books themselves, a sacrilege to most bibliophiles. Do you see this as a metaphor for the way many now seem to get caught up in the how we read vs. what we read debate? Paper vs. eReader vs. online?

MB: If I was conscious of any metaphor, it was the idea of how careful and diligent some people can be in using knowledge the wrong way. Culpeper’s thinking, for instance, started with a piece of received knowledge that he treated uncritically: That diseases are somehow related to astrology. From that point, he applied the science of his times (the 17th century) to come up with a patiently researched and reasoned book which is totally internally consistent and totally useless as a text for actually treating diseases.

There are people, I should add, who still do this today.

So to me, the idea of carefully turning the pages of a book into incense or tea or papier mache (all of which take skill and judgment, but still are a “misuse” of the text) felt much the same. Spending your life perfecting a recipe for a pie made out of books feels much the same as spending your life determining which diseases are influenced by Taurus and which herbs are influenced by Sagittarius. (Insert your own modern equivalents here.)

MB: I’m an editor of the Machine of Death series of anthologies. The second book in the series is being published by Grand Central Publishing in July 2013. It’s a really remarkable book — a great mix of different styles, genres, and points of view. I can’t wait to see what people think of it. Find out more at www.machineofdeath.net 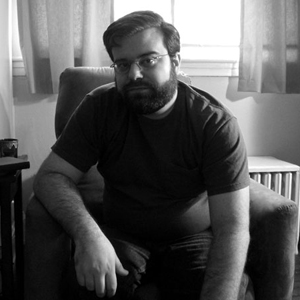 M. Bennardo’s short stories appear in Lightspeed Magazine, Beneath Ceaseless Skies, Asimov’s Science Fiction, and others. He is also editor of the Machine of Death series of anthologies — the second volume This Is How You Die is coming from GCP in July 2013. He lives in Cleveland, Ohio, but people everywhere can find him online at www.mbennardo.com
Photo credit K. Sekelsky.

Arcana of all Ages

Kempton-Wace arrived exhausted and in ill-temper.

Night had fallen during the wagon ride from Constantinople, and darkness had not added to the charms of the journey…

Snow White’s night was treacherous. Eighteen-month-old Hyacinth Pink had been as restless as the churning storm clouds. She eventually fell asleep when it was too dark…