Snow White’s night was treacherous. Eighteen-month-old Hyacinth Pink had been as restless as the churning storm clouds. She eventually fell asleep when it was too dark to see without a candle and a groggy Snow White finally stumbled out of the nursery.

On the way to her own room she stopped to investigate a dripping sound coming from the old ceiling in the third bedroom. While searching for a chamber pot to catch the leak until morning, she tripped noisily over an old suit of armor in the hallway that had fallen long ago. She fell hard, scratched her leg enough to draw blood and felt her ankle twist. She tried to make it back to her own bed on tiptoe but heard Hyacinth call, “Mommy!”

“Go back to sleep!” she muttered under her breath and between gritted teeth as she returned to Hyacinth’s room, and wondered if it had always been this way. She had memories of carelessness, of singing, of a lightness of being that came with youth. There had been a time when she was unburdened. Even the stress caused by her stepmother’s jealousy had ended well. In the end, it was Snow White who had been the kindest and fairest in the land.

When morning finally came, it brought with it a very cheerful Charming. He squeezed Hyacinth and gave her a kiss as he danced her, squealing, around the dining room.

Snow White sat at the table, spoon in her right hand to serve her baby the applesauce in the bowl. Her black hair was straggling and graying. Her left hand clutched a black coffee as a life preserver.

“There’s a leak upstairs,” she interrupted.

“And what do you want me to do about it?”

His smile was gone in an instant.

Later that day, in a rare moment of solitude, she wandered into the room she’d said she’d never visit. She pulled back the curtain of the great mirror and looked at herself. Wrinkling, tired, and sad she tried at least to twist the words that she whispered.

“Mirror, mirror on the wall. Am I still fair at all?”

Her guardian’s face appeared, as regal as it had been in life. Now, though, for the first time, there was a hint of real sympathy and understanding. One tired mother was reaching out to another. The stepmother’s image smiled with only a hint of irony and replied,

“I’ve been wondering when you’d come.” 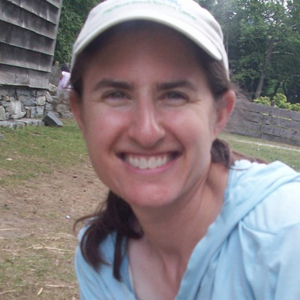 Arwen Kuttner is originally from Oregon. She currently finds herself in New Jersey parenting, teaching, volunteering and writing, sometimes all at the same time. Publications include blog posts at Powerful Learning Practice, fiction at Fiction365 and an anthology of poetry called Gathering Pieces. She can be found on LinkedIn.

Snow White’s night was treacherous. Eighteen-month-old Hyacinth Pink had been as restless as the churning storm clouds. She eventually fell asleep when it was too dark…

Arcana of all Ages

Kempton-Wace arrived exhausted and in ill-temper.

Night had fallen during the wagon ride from Constantinople, and darkness had not added to the charms of the journey…