Betty triumphantly wrestled her walker across the hospital’s cobbled sidewalk as the daylight faded.  Even though her daughter had taken her car away, she had just proven she could take care of herself: she had made her own appointment, called a taxi to take her there, and now would take one home.  The doctor had said she was as healthy as an eighty-five-year-old former ballet dancer could be, and she looked forward to telling her daughter as much when she got home.  She shoved the walker over a rough patch, and the walker spun out of her hands, dropping her to her knees.

A pale young man in a dark suit caught the runaway walker, repositioned it in front of her, and held out his hand. His nametag read, “Mark”.

She didn’t want his help, but she allowed him to pull her back up.  “Thank you.”

Opening the back door to a large black car, he gestured for her to get inside.

Oh, he was a driver.  They were getting younger every day.

“Where to?” he asked as he helped her into the car.

“Bay Oaks, please.  1897 Whitby Street.”  She slammed the door before she realized she had forgotten her walker.  She blushed with annoyance.

Mark placed the walker in the trunk, slid into the front seat, and started the car.  “Are you angry about something?” he asked as he pulled onto the street.

Betty found his Yorkshire accent soothing.  It was almost, but not quite, like the accents from home.  “It’s very simple: my daughter wants to put me in a worsing home.”

Mark chuckled.  “Let me guess. You don’t want to get worse?”

Betty laughed with him.  Most people didn’t get her sense of humor, and she liked being with someone who did.  “Exactly.  The arthritis from ballet is bad enough.  If I tell my daughter I fell outside the hospital, she’ll think I can’t take care of myself and insist on enacting her plan.  I hate it.  I want to stay in my own house.”  She crossed her arms, daring him to disagree with her.  Her daughter always made some argument based on how lonely she must be in that big house by herself.  Her daughter should just visit more often.

Mark thumped the steering wheel.  “That’s where I recognize you from!  You’re Betty Brogan!  I saw you dance as Giselle’s Mother in the Royal Ballet.  You were brilliant!  But why are you so far from home?”

Betty smiled.  No one had recognized her in ages, although Mark could not possibly be old enough to have seen her dancing in Giselle, even if it was her last role.  He must have seen a recording.  “Thank you.  I moved over here to be near my son, but he recently died, so now my daughter wants me to move again.”

“I understand.  I recently had to move as well.”

Mark merged onto the freeway.  “I had been caring for a friend in Tanglewood, and she passed away.”

“Her children thought I was stealing her money.  We tried to tell them I had plenty of my own, but they didn’t believe it.  The second she died, they kicked me out.  I had lived with her for over twenty years.  Now I’m all alone.”

Betty looked at his sleek black hair with no hints of gray.  “You don’t look old enough to have been working for twenty years.”

“I’m older than I look.”  Mark put his arm across the front seat and looked back towards her as he changed lanes.  Making brief eye contact, he winked at her.

Mark looked over his shoulder and smiled.  “Do you think we’d suit each other?”

“Perhaps like a wolf suits a sheep,” she said. She would have said lamb if she were younger.

“Or a taxi driver.  You’re a young man with an unusual way of interviewing for a job.”

Mark snorted.  “I am neither young nor a man.”

“Have you looked in a mirror lately?”

Mark adjusted the rear view mirror so she could see into his seat.  “I can’t.”

The rear view mirror reflected a view of an empty front seat and a steering wheel moving of its own accord.

“No.  But I have to confess, I need your protection.”

Betty’s eyes widened in surprise.  No one had needed her for a long time, and it appealed to her.  “My protection?”

Mark pulled off the freeway and onto the street into her neighborhood.  “If anyone realizes I’m over two hundred years old, they’ll ask awkward questions.  So I find homes where, in exchange for a room, I help older women with driving, companionship, and convincing their children they don’t need to go into a home.”

He needed her and he could keep her out of a home?  It sounded too good to be true.  “Don’t you mean room and board?”

“Are you claiming you’re a vampire?”

This conversation was crazy. “Aren’t vampires supposed to lust after teenagers?”

“Have you been around a teenager recently?  They think the entire universe revolves around them.  They have no perspective at all.  It’s boring.  A friend your age has lived through at least some of the events I have, and you’re more likely to enjoy the same entertainment.  For example, my last friend loved the opera.”

Mark pulled into her driveway and stopped the car.  “I love the ballet.  Did you know the Houston Ballet is currently performing Dracula?  Would you like to go see it?”

Feeling younger than she had in decades, Betty smiled.

Mark retrieved her walker from the trunk and brought it to her door.  He held out his hand.  “Let me have your keys, and I’ll help you into your house.”

“Let me see your teeth.”

“Don’t ever bite me,” Betty warned.

Mark put his hand over his heart.  “I never bite friends.”

Betty’s heart rate increased.  “And you’ll really enjoy the ballet with me?”

“And you’ll convince my daughter I don’t need to go to a nursing home?”

Mark held out his hand, his smile showing his fangs.  “You don’t need a worsing home.  You’re going to get better.”

Smiling back, Betty grabbed his hand.  This was going to be fun.  “Yes, I think I will.” 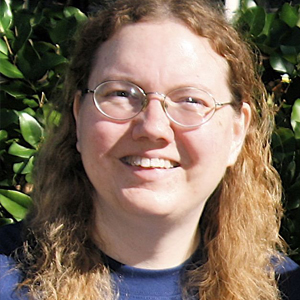 Antha Ann Adkins lives in Friendswood, Texas with her husband, two children, and an ever-growing collection of books. Her stories have previously been published in _Interstellar Fiction_ and _The Town Drunk_. She blogs about Space & Aliens, her favorite things to write about, at acubedsf.com.

Have You Looked in a Mirror Lately?

Betty triumphantly wrestled her walker across the hospital’s cobbled sidewalk as the daylight faded. Even though her daughter had taken her car away, she had just proven she could take care of herself…

Every night The Great Ronaldo made his assistant, The Lovely Lulu, disappear in a flash of smoke. And every night, Mary Ann Daly watched with her heart in her throat…