KV Taylor: It would look like I mostly read comics all day, probably, since I keep them all in my office. But there’s also a pretty shelf of research material behind me, and a lot of art supplies that don’t get nearly enough exercise. Also post-it notes everywhere, usually referring to some little detail I need to remember for something I’m writing or revising.
I reckon it looks very confused and distractable. Like a magpie works here.

KVT: Confused and distractable. No, seriously, it’s a pretty straightforward process. I do tend to look to music or history for inspiration, usually for characters first, though oftentimes a given place plays a large part. So usually it goes from a post-it note situation into a relatively quick first draft. And then the really hard work starts.

GFG: Was there anything in particular that inspired “The Lovely Lulu”?

KVT: There’s a fabulous song from the 20s called “Don’t Bring Lulu” about this girl who’s considered pure trouble because she does whatever she pleases. The punch line is that the singer is telling you not to bring her (to some party, one assumes) because he wants to bring her himself. I was thinking, “Man, this is begging for a queer lady protagonist right about now.”

GFG: What research went into this story? It was clear to us from the start that you had done your homework for this piece, but did you learn about the time period for this story or was this something you were already familiar with?

KVT: Research is my idea of a good time, because I am a huge nerd. This is one of my favorite eras to write in, so I have a lot of reference material around for it and am always collecting more.
Apart from that, I love music and literature that came out of the US in the 1920s. They say WWI was when America lost its innocence, then on its heels you have the upheaval surrounding Prohibition, women’s suffrage, new conversations about civil rights, and in West Virginia in particular the Coal Wars. Engaging the popular culture of the time, I get the sense these things made people feel lost, but they were trying really hard to pretend everything was post-war peachy. Absorbing all that is the kind of research that’ll be ongoing till I drop.
The new research I did for “Lulu” specifically was to get a sense of Wheeling, WV in the 20s. I grew up just near there, so it was cool to recreate my image of it through that historical filter. And then unleash some evil on it.

KVT: If dark historical-type things are pleasing, there’s my most recent, a novella from Dagan Books called Inedible Sins. It takes place in Washington, DC, just before the American Civil War. There’s a lot of murder and sex and a clockwork confessor. If Appalachian stories appeal, there’s my first novel, Scripped, from Belfire Press, which is effectively about Faerie Stockholm Syndrome, but with a coal miner bent. And I have a vampire series that just got its start last year known as The Family, for monsterlove–one of the heroes of which is a product of the 20s. So much. 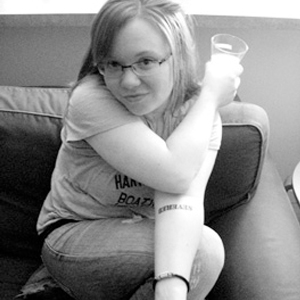 Every night The Great Ronaldo made his assistant, The Lovely Lulu, disappear in a flash of smoke. And every night, Mary Ann Daly watched with her heart in her throat…

Have You Looked in a Mirror Lately?

Betty triumphantly wrestled her walker across the hospital’s cobbled sidewalk as the daylight faded. Even though her daughter had taken her car away, she had just proven she could take care of herself…