Goldfish Grimm: If we could peek into your office, what would your writing process look like?

Mathew Allan Garcia: I have a workspace that doubles as a workout area, but can never seem to “work” in the times I set aside as my writing time. More often than not a sentence pops up in my head (the first one, or last), and then it’s a mad dash to my desk to write down the bones of a good beginning in two minute chunks at a time while doing things around the house so as not to irk my wife, who is really much more understanding that she ought to be already. Usually, that’s what I really need to get going, a good start. Once that’s done things normally fall into place. My commute to work seems to be an amazing idea hot spot, which can be dangerous.

GFG: Was there anything in particular that inspired “Walking Billboards & Getting Pressed”?

MAG: One morning I was watching the news when something came up about parents who auctioned off the right to name her child. Now, I think they had conditions to protect their kid(s), so it didn’t turn out anything as weird as my story, but it made me wonder how quickly things could go bad if this was opened up to large corporations, involving millions of dollars as payment? It wasn’t hard to imagine this happening.

GFG: If you had to name a child after products what would her/his name be?

MAG: Tough one. It’d have to be something that could be easily shortened, or a brand that could be a name, or is a name. I think Doritos was a good one for a girl (Dori), and for a boy, I’d try Mac and hope that Apple Inc. approves.

GFG: Books inspire us from a young age and stay with us as we grow. What is a favorite childhood book that has stuck with you over the years?

MAG: I started reading Stephen King at an early age, too early probably. I didn’t understand much, but I remember loving IT pretty early on, and the first time I was able to read it from beginning to end and understanding every bit of it was an amazing feeling. Since then I’ve read or listened to it several times.
The first book I ever read James And The Giant Peach by Roald Dahl. It was also the first book that I read and then saw the movie, comparing them. Still love the book. And even the movie will have a special place in my heart.

MAG: You can follow me on twitter @Sound879 and visit my site at MathewAllanGarcia.Wordpress.com. It’s currently in-progress, so watch your step. 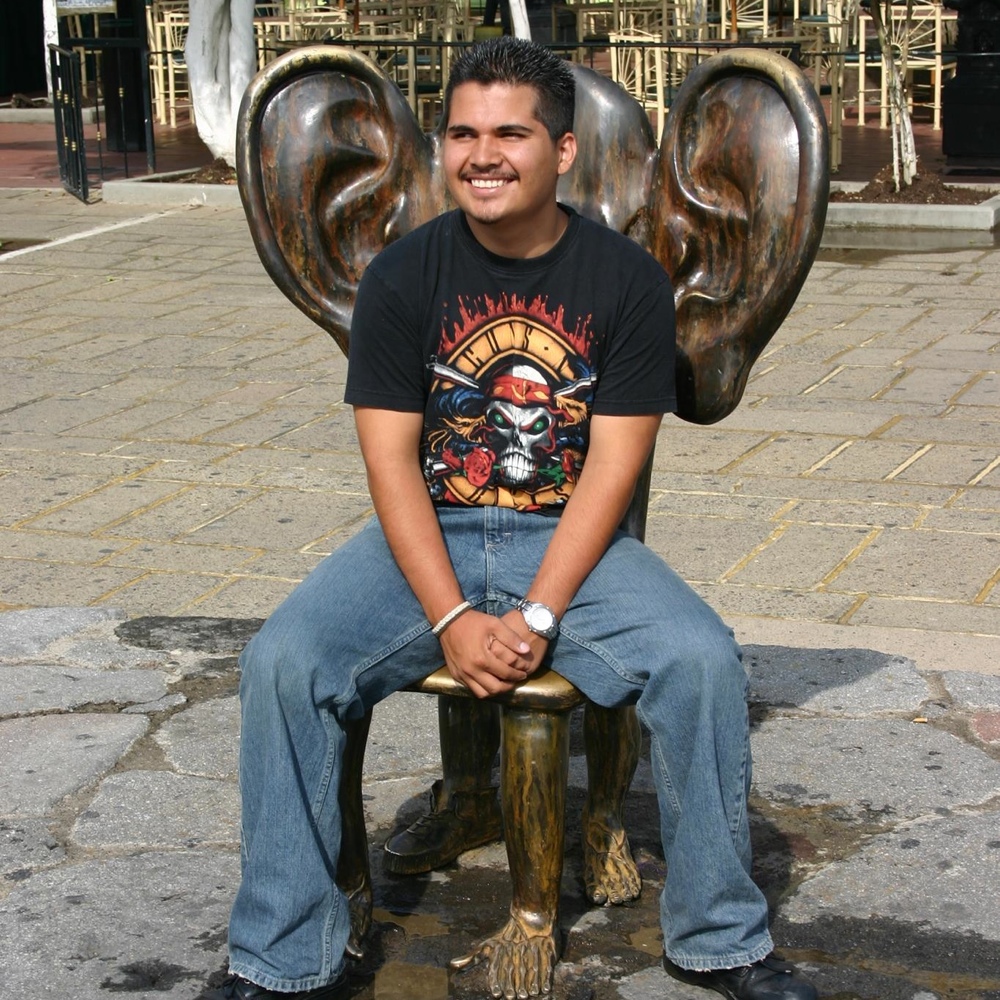 Mathew Allan Garcia lives in Hesperia, California with his wife, his three dogs, and his bear-dog hybrid named Zansa. He serves as managing editor at Pantheon Magazine, and writes to make the voices in his head go away, for at least a little while. His work can be found at Shotgun Honey, Swamp Biscuits & Tea, B O D Y Literature, among others. Sometimes, between it all, he has a chance to breathe.