Julia August: Normally it’s just me curled up with my laptop and a cup of tea in a quiet room. My process is… easily distracted. I suppose I should turn the internet off, but even before the internet I used to find Spider Solitaire strangely compelling when I should have been doing something else.

GFG: Was there anything in particular that inspired “Seven Noises…”?

JA: Funny you should ask! I was house-sitting for my parents in a very rural bit of the Westcountry and one morning, listening to their two cats scrabbling at the bathroom door while I was in the shower, I thought, “That would be really disconcerting if I didn’t know what it was…”

GFG: What noises have you heard unexpectedly (while house-sitting or otherwise) which unsettled you until you realized what they were?

JA: Cats. The current cats are very vocal, at least, so there’s no doubt about who wants to get in, but previous cats have not been so noisy, and there’s nothing quite the same as hearing a soft scratching noise at the door when you know you’re alone in the house.

GFG: Fall is coming in just a few days. What’s your favorite part of this upcoming time of the year?

JA: Blackberries. To be honest, I much prefer summer and get rather depressed when the nights start drawing in. 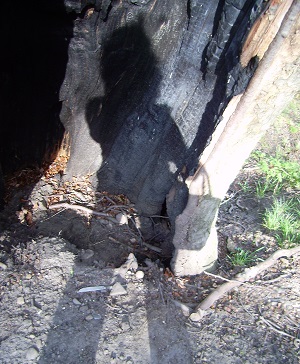 Julia August’s cats are incredibly spoilt. Her short fiction has appeared in Lackington’s, SQ Mag, Cabinet des Fées and the anthologies Triangulation: Parch and Star Quake 2. She is @JAugust7 on Twitter and j-august on tumblr.