David G. Turner: A lot of my stories are formulated while I’m doing something else, like mowing the lawn or sitting on an airplane. Once I know where the story is going and can hear its voice, the actual writing occurs in a burst of frenetic typing. I’m an extreme extrovert, so I need to write where there is nobody around to distract me. Early morning works best for me in that regard.

GFG: Was there anything in particular that inspired “The Clouds of Mount Olympus”?

DGT: Clouds began as an SF adaptation of Hemingway’s “The Snows of Kilimanjaro”. Since I have a more positive perspective on marriage than he did, it turned out far differently. I often share Connor’s self-deprecating attitude, so his voice is mine.

GFG: Space tourism is almost here! Where would you travel if you had the option?

DGT: To be honest, simply getting to low earth orbit would be an exciting and terrifying experience for me. I don’t know if my cardiologist would approve.

If my body were up to the task, I think a visit to Saturn’s moon Titan could be amazing. Randall Munroe of xkcd says I could fly in its atmosphere under my own power, and seeing the rings first-hand would be awesome.

GFG: Do you think the technology of uploading people into artificial bodies will develop in your lifetime? If it did, would you want to consider it for yourself?

DGT: Science has advanced to the point where we can build prosthetic limbs that interact with our nervous system, and suboptimal replacements for some organs are already available – think dialysis, or the artificial heart. The brain, however, is still poorly understood, and we don’t have good algorithms to do the things our brains do well, like inferring relationships between facts. I think the singularity is a long way off.

That said, if it were possible to gain another century or two by upgrading my body while leaving my personality intact, it would be a tempting idea. The body I have is starting to wear out, and I still have a long list of things I want to accomplish.

DGT: I have a short poem coming out in the next Asimov’s, which is exciting. My blog, dgtfiction.wordpress.com, is focused on the “mostly true” stories my children have asked me to archive for them, so that’s available if you’re looking for something that isn’t speculative fiction. 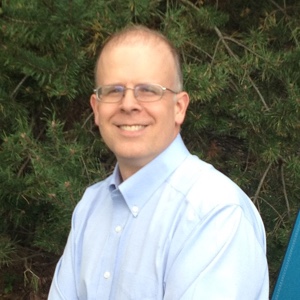 David G. Turner is a full-time computer geek and interstitial writer from upstate New York. After more than twenty years of married life, he is still a romantic at heart. His fiction has been published by Third Flatiron, and his mostly true anecdotes are available on his blog.